During his last days Albert Einstein devoted himself more to the thinking of social welfare than to the theories of science. He took his concentration away from the equations and thought more about philosophy, psychology, belief and their relation with human life. He wrote this letter just one year before he died which gives us idea about his notion towards religion. This renowned letter is preserved and was sold in an ebay auction for millions of US dollars. 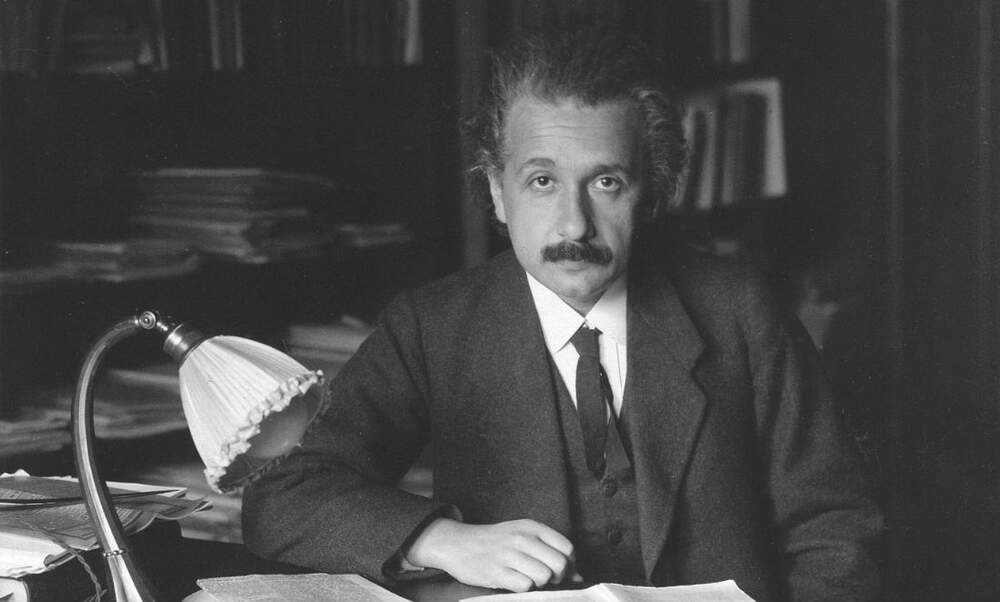 Here is an image of the original letter and a transcript of the letter hereafter.

Inspired by Brouwer's repeated suggestion, I read a great deal in your book, and thank you very much for lending it to me. What struck me was this: with regard to the factual attitude to life and to the human community we have a great deal in common. Your personal ideal with its striving for freedom from ego-oriented desires, for making life beautiful and noble, with an emphasis on the purely human element. This unites us as having an "unAmerican attitude."

Still, without Brouwer's suggestion I would never have gotten myself to engage intensively with your book because it is written in a language inaccessible to me. The word God is for me nothing more than the expression and product of human weakness, the Bible a collection of honorable, but still purely primitive, legends which are nevertheless pretty childish. No interpretation, no matter how subtle, can change this for me. For me the Jewish religion like all other religions is an incarnation of the most childish superstition. And the Jewish people to whom I gladly belong, and whose thinking I have a deep affinity for, have no different quality for me than all other people. As far as my experience goes, they are also no better than other human groups, although they are protected from the worst cancers by a lack of power. Otherwise I cannot see anything "chosen" about them.

In general I find it painful that you claim a privileged position and try to defend it by two walls of pride, an external one as a man and an internal one as a Jew. As a man you claim, so to speak, a dispensation from causality otherwise accepted, as a Jew the privilege of monotheism. But a limited causality is no longer a causality at all, as our wonderful Spinoza recognized with all incision, probably as the first one. And the animistic interpretations of the religions of nature are in principle not annulled by monopolization. With such walls we can only attain a certain self-deception, but our moral efforts are not furthered by them. On the contrary.

Now that I have quite openly stated our differences in intellectual convictions it is still clear to me that we are quite close to each other in essential things, i.e; in our evaluations of human behavior. What separates us are only intellectual "props" and "rationalization" in Freud's language. Therefore I think that we would understand each other quite well if we talked about concrete things.

With friendly thanks and best wishes,